Reflections of an Ethnic CEO

I have a secret.

It’s something I do when I catch myself feeling sad, or lonely, or overwhelmed. When I’m apart from my wife and kids, or while I’m away from my other family, the amazing team who work at my company.

I go and stand in front of the mirror for ten minutes, lift my chin, put my shoulders back, and smile at myself. Silly as it probably sounds and definitely looks, it always makes me feel like Rocky after he’s run to the top of the steps. Our bodies and minds are so intrinsically connected that they can’t operate out of balance with each other. So when it feels my body smiling, my mind has no choice but to come up with good reasons why! 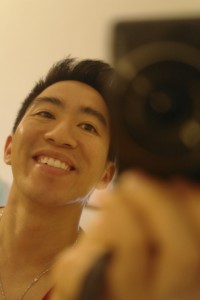 But my mirror will have to do without me for a while, because I have an exciting reason to feel happy that I’m not likely to forget anytime soon. This week, I can finally share with others that I’ve been nominated as a national finalist for the 2011 Ethnic Business Awards.

Having recognised the contributions of foreign immigrants to the Australian economy for over 30 years, the Ethnic Business Awards are widely regarded as one of our country’s most prestigious accolades. The annual ceremony is televised in over 40 countries and is regularly attended by the Prime Minister and Governor General.

At first I could not believe that E-Web Marketing, the company I founded after arriving in Australia at a young age with no friends and barely any English skills, had received such an honour. Hundreds of businesses enter the Ethnic Business Awards each year, and to be chosen as a finalist has been a touching reminder of how grateful I am to have achieved my Australian dream of becoming a successful entrepreneur.

They call America the land of opportunity, but to me Australia is the most welcoming place in the world. Since establishing my business in 1999, I’ve had the opportunity to travel to over 20 countries, and have never found anywhere else where the people were more friendly, open, and willing to help others. Nobody can live in Australia for more than 6 months and not fall in love with our diverse, fascinating culture.

I know I am not alone in that belief. The other Ethnic Business Awards finalists, and indeed all the migrants who’ve echoed the trailblazing steps of Australia’s ancestors to come to our shores, feel the same sense of wonder and gratitude for the opportunity to create a better life in the Great Southern Land. 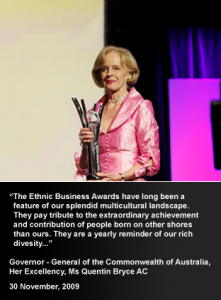 On behalf of myself, my family, and every single person at E-Web Marketing, I extend sincere thanks to Joseph Assaf and the Ethnic Business Awards, for recognising our company and our efforts to make Australia an even better place than it already is.

You’ve certainly given me something to smile about.

Does tomorrow excite you? How about the day after? Is your work fulfilling? Are you happy with your career progression? Are you having as much fun now as you remember from your childhood days?

Unless you answered ‘Yes’ to all of the questions above, then we have something to learn from each other.

The purpose of my blog is to share with you many of the lessons I've learned along the way to building a workplace culture that has been recognised as one of the fastest growing company and BRW's #2 Best place to Work in Australia (just behind Google).